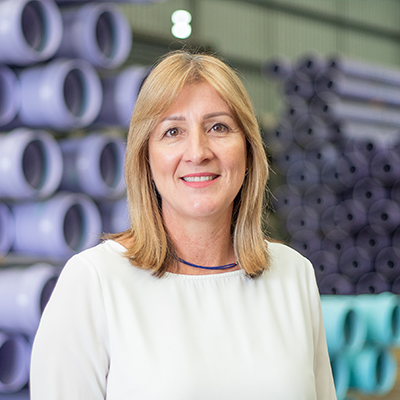 Welcome to another instalment of our industry newsletter, Future Four.

Each edition, a Clover team member supplies four innovative articles to keep you connected with the pulse of the pipeline industry and beyond.

This month, Daniela Suller—from our Client Services team in Victoria—has searched far and wide to source four future-facing articles on the water and wastewater industries for your reading list.

With an extensive background in the civil engineering sector, Daniela’s reading selection looks at concepts from the perspective of those at the end of the pipelines: the end consumers.

1.    Why building water literacy is more important than ever.

What do Cape Town’s post-flood troubles, the Flint, Michigan water crisis, and Australia’s El Niño drought from the early 2000s onwards have in common? They all highlight the increasing fragility of our planet’s water supply, and equally, the critical role that engineering innovation and infrastructure can play in maximising our reserves.

While there are many innovative strategies to employ on the path to improved sustainability—think desalinated sea water, potable reuse, aquifer recharge, advanced leak detection, even artificial intelligence—the most sophisticated component of the whole equation is the skill required to get a largely oblivious public to adopt these changes to supply.

Although Australia has recently suffered through one of the worst droughts in the history of the planet, many people in inner cities are completely unaware of the challenges facing rural communities.

If we’re collectively unaware of the fact we’re in a crisis, it’s difficult to adopt strategies or behaviours to mitigate the impact of that crisis. Thus, the importance of ‘water literacy’.

Water literacy is critical, although it’s not a common concept here or abroad. I’ve had friends travel to Australia from overseas who have no concept that water can be considered a finite resource, and comment on our stringent approach to usage. These attitudes may need to change.

Firstly, water literacy will play a crucial role in helping the public understand the reality of our situation and why certain measures must be adopted. And secondly, to help people build trust in those measures, even though they may seem foreign.

Find out about the barriers to understanding, learn how utilities and local governments are gradually promoting the importance of water literacy, and hear cautionary tales of what may happen if we continue along our current path.

It seems we’re in a sweeping time of change. Beyond the recent anomalies associated with the weather and climate activity—from bushfires and downpours along the east coast of Australia to ongoing drought in the centre of the country—even our metropolitan drinking water (and the systems that deliver it) apparently face a necessary transformation.

Research from the University of New South Wales (UNSW) Sydney shows that climate change and over-urbanisation could prove detrimental to the quality of groundwater drinking water. Groundwater is the main source of drinking water throughout many Australian cities and major towns.

The study shows that dissolved organic carbon concentrations (or DOC) is forecast to elevate due to projected changes in temperature and rainfall caused by climate change, as well as increased urbanisation.

The higher the concentration of DOC in groundwater, the more difficult and expensive it is to make that groundwater drinkable.

So, what’s the proposed solution? Essentially, watch this space: more research. Water treatment may be an option, as may replacing delivery infrastructure; urbanisation can increase DOC by up to 19% compared to agricultural water usage, likely as the result of contamination through outdated or leaking pipeline infrastructure.

In any case, we need proactive measures. We can’t afford to compromise one of our most precious natural resources moving forward. When it comes to groundwater quality, we can’t keep our heads in the sand.

3.    Engineering much older in Australia than previously thought.

The old saying suggests that genius comes in a flash; in this case, genius was revealed with a flash… of lightning. Budj Bim Cultural Landscape is a system of channels, weirs and dams in southwest Victoria. Created by the Gunditjmara clans, the structure was formed by cultivating lava flows over the past 30,000 years to “engineer one of the world’s oldest freshwater aquaculture systems.”

While Archaeologists have known about the system for some time, the full extent of Budj Bim was only discovered in December 2019 after a lightning strike ignited a bushfire. Now listed as a UNESCO World Heritage Site, the system showcases a strategic “manipulation and modification of local hydrological regimes and ecological systems…to systematically trap, store and harvest kooyang (short-finned eels) and support the enhancement of other food resources.”

At a time when we face a potential sustainability crisis—and new innovations are required to secure water supplies for remote communities throughout Australia—it’s critical that we plan for tomorrow. In the meantime, as part of a future-facing organisation, it’s comforting to note our country is steeped in a history of pioneering engineering excellence.

4.    City-by-city, how water supplies fared in Australia’s summer of extremes.

As I’ve mentioned in earlier articles—and I’m sure you’re aware from firsthand experience—Australia has just lived through one of the most variable summers in recent memory. While some parts of the country experienced drought, others went through record-breaking downpours.

With the topsy-turvy season now behind us, how did our various major cities fare in managing water reserves? How did the weather variability impact upon our fortunes?

Fittingly, for a summer of unpredictable and diverse conditions, the results are equally varied.

Some cities experienced a decrease in water reserves and have adopted longer-term strategies to mitigate the fluctuation. Adelaide, for example, experienced a drop by 8.4 points to 43.5%. Luckily, there are already plans for a $100 million desalination plant, which will allow upstream irrigators to continue agricultural activities with water sourced from the Murray River. Without the plant, metropolitan Adelaide draws around 83% of its water from the river, so the new infrastructure will free up significant reserves with positive flow-on effects for both urban and rural communities.

Sydney, at the other end of the spectrum, experienced huge gains in water reserves due to record breaking falls over the summer. In fact, over the course of a couple of months, Sydney’s reserves skyrocketed a huge 35.7 points, up to 81.4%.

Having lived through severe periods of drought myself—and experiencing stringent restrictions around water usage—I know first-hand just how crucial it is to develop and safeguard a sustainable water supply, along with the infrastructure required to deliver that supply to all communities around Australia.

How did your city fare? Regardless of the disparate results, one thing’s for sure: Australia will benefit by planning for more of these conditions, and adopting strategies for better management, consistency, and delivery.